Allopurinol is a purine analogue used in the treatment of gout. This drug has a level A CPIC Guideline for allopurinol and HLA-B. The new pathway shows the candidate genes and metabolites involved in Allopurinol Pharmacokinetics.
Pimozide is a typical antipsychotic FDA approved for treatment of Tourette’s disorder. The FDA drug label has a testing recommendation for CYP2D6 poor metabolizers and the gene-drug pair is level A/B on the CPIC list and noted for future guideline development. The new pathway was developed by recent work from Chapron et al [PMID: 32847865], and shows candidate genes and metabolites involved in Pimozide Pharmacokinetics in a stylized liver cell.
Posted by Caroline Thorn, Curator at 8:45 AM No comments:

A new perspective just out in Genetics in Medicine describes the improvements in the US payer landscape for pharmacogenomics test reimbursement from this past summer and their implications for the field moving forward.

PharmGKB and CPIC view these as significant advances because of the large number of US Medicare patients impacted. Further, the LCDs state PGx testing as reasonable and necessary when medications have a clinically actionable gene(s)-drug interaction as defined by CPIC guidelines (category A and B) or the FDA (PGx information required for safe drug administration). Coverage for panel testing was also supported if more than one gene on the panel is considered reasonable and necessary for the safe use of a medication or if multiple drugs are being considered that have different relevant gene associations.

The authors’ analysis lists >50 gene/drug pairs that are covered by the LCD and provides a map (below) of MAC regions impacted. They make a strong argument that harmonization of coverage is needed and that standardization, improved clarity in the regulatory landscape, practitioner education, and research to measure downstream clinical outcomes are needed more than ever to fully capture the value of pharmacogenomic testing. 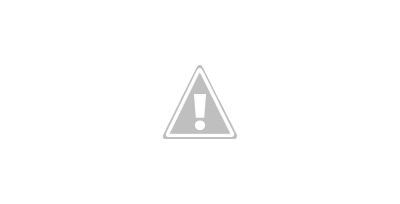 Geographical impact of the new LCDs. States within MolDx jurisdictions (shaded green) as well as those that are outside of the MolDx (in other MACs) are shown.
Edit 3/3/21 - Image was updated to correct a typo
Posted by Rachel Huddart, Curator at 12:55 PM No comments: